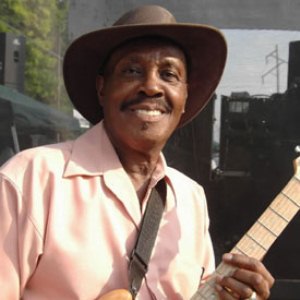 Reginald 9747 – The Way You’re Stooping Down / My Bowlegged Woman 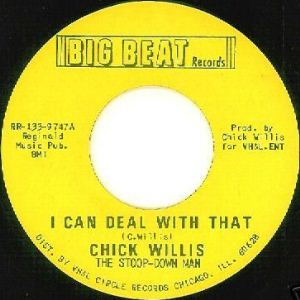 Markeda 9747 – I Can Deal With That /My Bowlegged Woman

Probably the best known artist of all on this site, Chick Willis had a long career as a Chicago bluesman.  His sides here saw the same tracks released on different labels for whatever reason but are all fine blues/soul tracks.  Incredibly the Reginald 9747, Big Beat 9747, Markeda 9747 & Barclay & The III 9747 are all the same record released on four different labels!  Originally from Georgia he is the cousin of famous R&B artist Chuck Willis & worked as Chuck’s chauffeur for a time in the 1950s.  He made his first solo recording for Ebb in 1956 as a singer but later learned guitar.  Throughout the 60s & 70s he recorded steadily and enjoyed success with his Bowlegged/Stoop Down/Mother Fuyer series of risque blues records, often venturing into funky blues territory.  The Reginald related 45s seem to be from the early 70s.  Chick would go on to record for Ichiban through the 80s & 90s and continued performing & releasing records until his death in December 2013.

One thought on “Chick Willis”