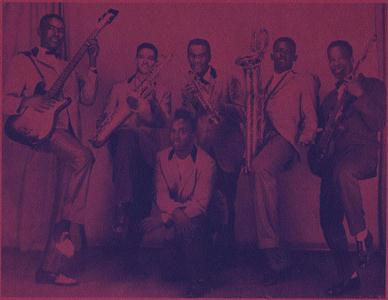 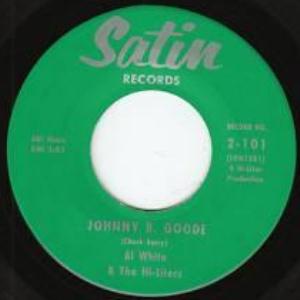 Tune-Kel 604  – Thread The Needle /Noise With The Boys 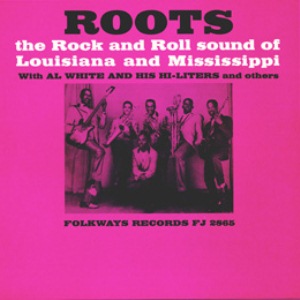 Al White & The Hi-Liters were a New Orleans band which formed in 1958.  Henry Hines crossed their path sometime in the early to mid 1960s & they were the band which kick-started his involvement in Music.   Al White & Dave (Leon) Bonds were the driving forces of the band and they were already an established working band by the time Hines got involved.  They worked on package tours backing Sam Cooke, Irma Thomas, Jimmy Reed & Chuck Berry among others as well as falling under the guidance of Cosimo Matassa where they picked up studio work.   The members of the band were:  Al White (bass), Dave (Leon) Bonds (Vocals/Guitar), Bill Shannon/Terry Gable (trumpets), Louis Morgan (alto sax), Melvin Corvin (tenor sax), Kenneth Williams (baritone sax), Lawrence Phillips/Willie Cole/? Morgan (drums), Ronald Williams (organ).  Dave Bonds did a lot of songwriting for related artists (often using the name Leon Bonds) & also has a solo track on the Folkways – Roots: Rhythm & Blues LP.  Al White & The Hi-Liters are said to have made an appearance on The Beat TV show but unfortunately their film footage is thought to be lost as it does not appear on any of the DVD releases.  Al White worked as Hines’ right hand man in the early days of the operations, manning the New Orleans office at 1522 Barone St.  Their working relationship seems to have ended by the late-60s as operations moved away from New Orleans & became more centred around Greenville & Chicago.