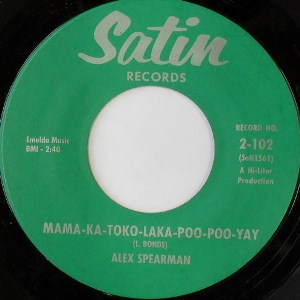 Dover 4104 – What In The World/Please Baby Please 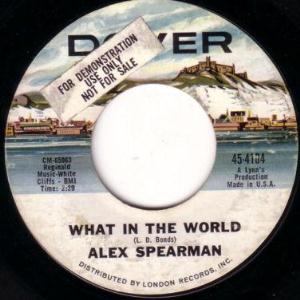 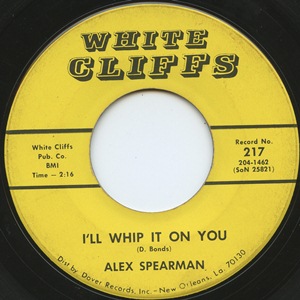 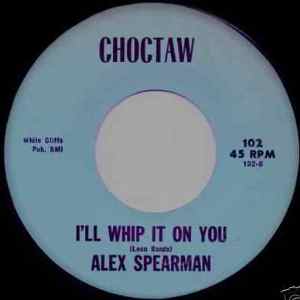 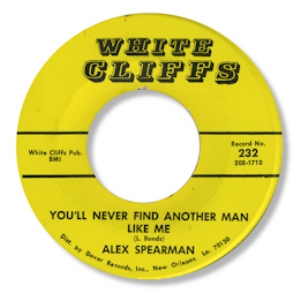 New Orleans vocalist Alex Spearman cut his first records (under the name Sailor Boy) in California with Johnny Otis while there with the Navy in the mid-50s.  By the 60s he was out of the service & back in New Orleans where he cut a 45 for the RIP label before falling in with Hines related artists the Hi-Liters and their guitarist/songwriter Leon (Dave) Bonds.  This resulted in a grip of mid-60s 45s on the Satin, Dover, White Cliffs & Choctaw labels which variously featured production or writing credits for Bonds or Hines.  Spearman’s biggest seller was Down The Aisle which appeared on both White Cliff & Choctaw (with added overdubs).  After this flurry of recordings Spearman has 1970s 45s on the Volume & Rosemont labels as well as a 1980s release on Kolab.  Alex Spearman had a fine voice and all these 1960s 45s are well worth checking out, he was also a good songwriter with a number of these tracks being his own compositions.  Note the two label variations for White Cliffs 217.